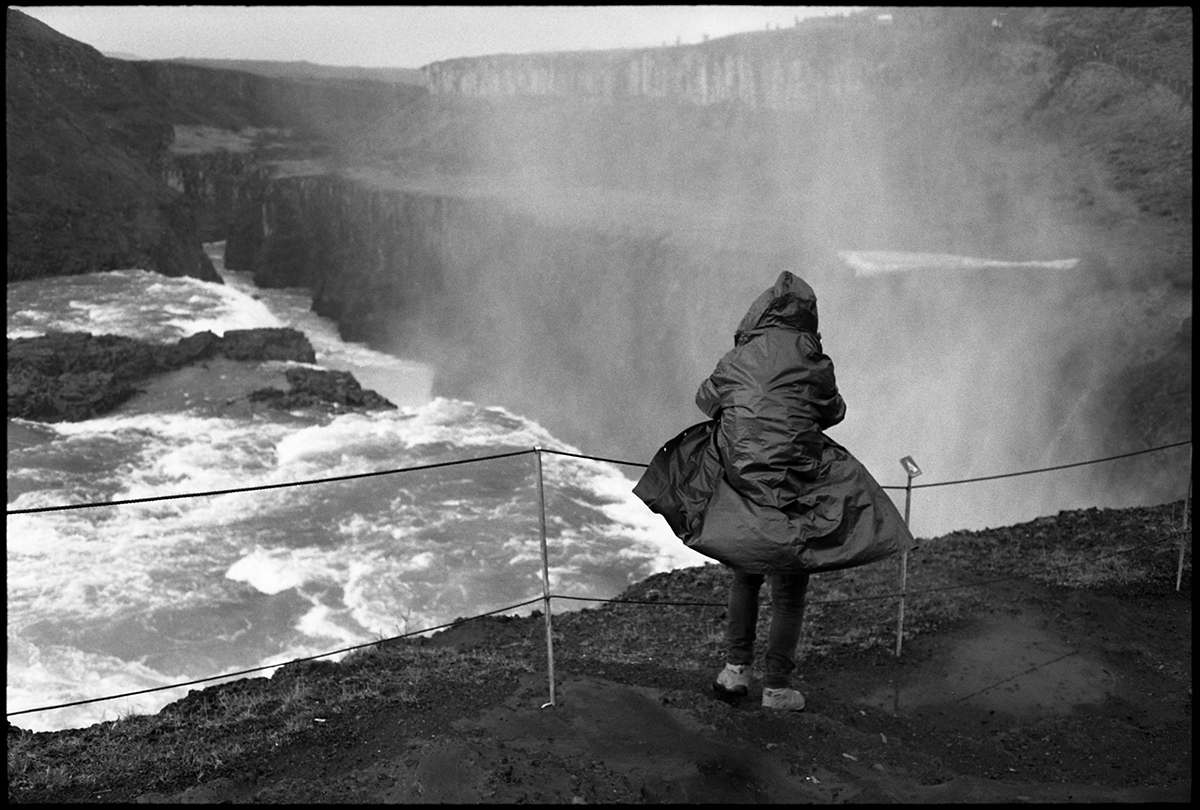 The last stop and the last 5 days of our 2 months trip.
One of the reasons we took this quite unconventional route was because the cheapest flight back home went via Reykjavik. The other reason was that an old friend lives on the east side of the island. So we teamed up with Micha and Oskar to visit the other Micha and his family in Egilsstaðir.

Oskar and Micha after their arrival in front of the Hallgrímskirkja church. 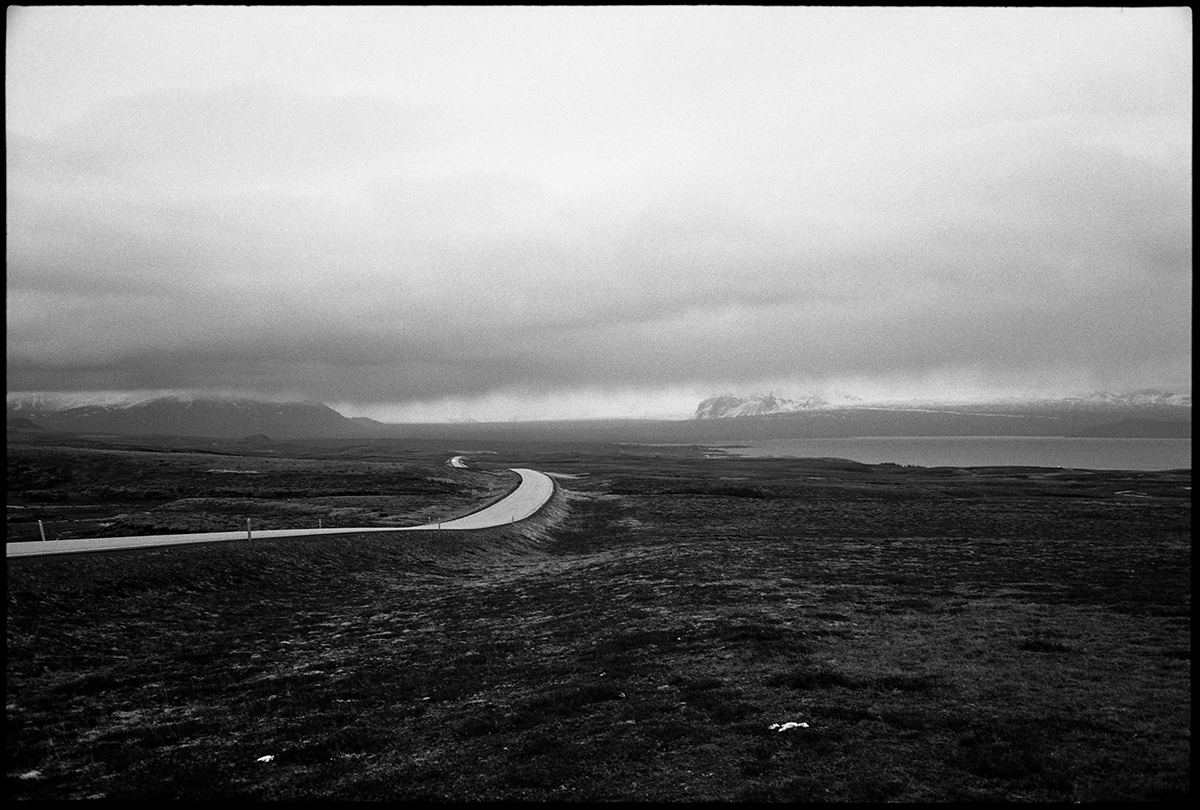 Again we rented a van to spend another 5 cold nights inside of it. This picture was taken at midnight just before we stopped to sleep. 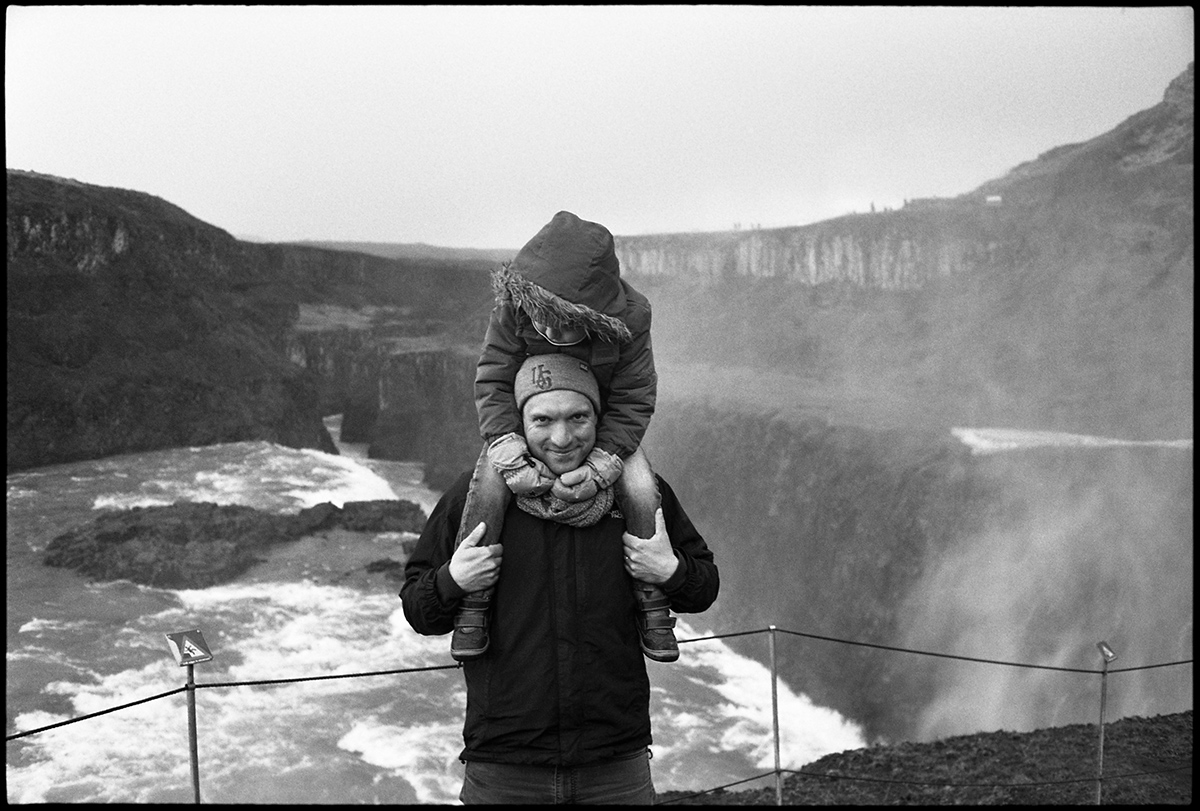 First morning. We waited for a small gap between snow, rain and storm to see the first waterfall of the the trip, the Gulfoss. 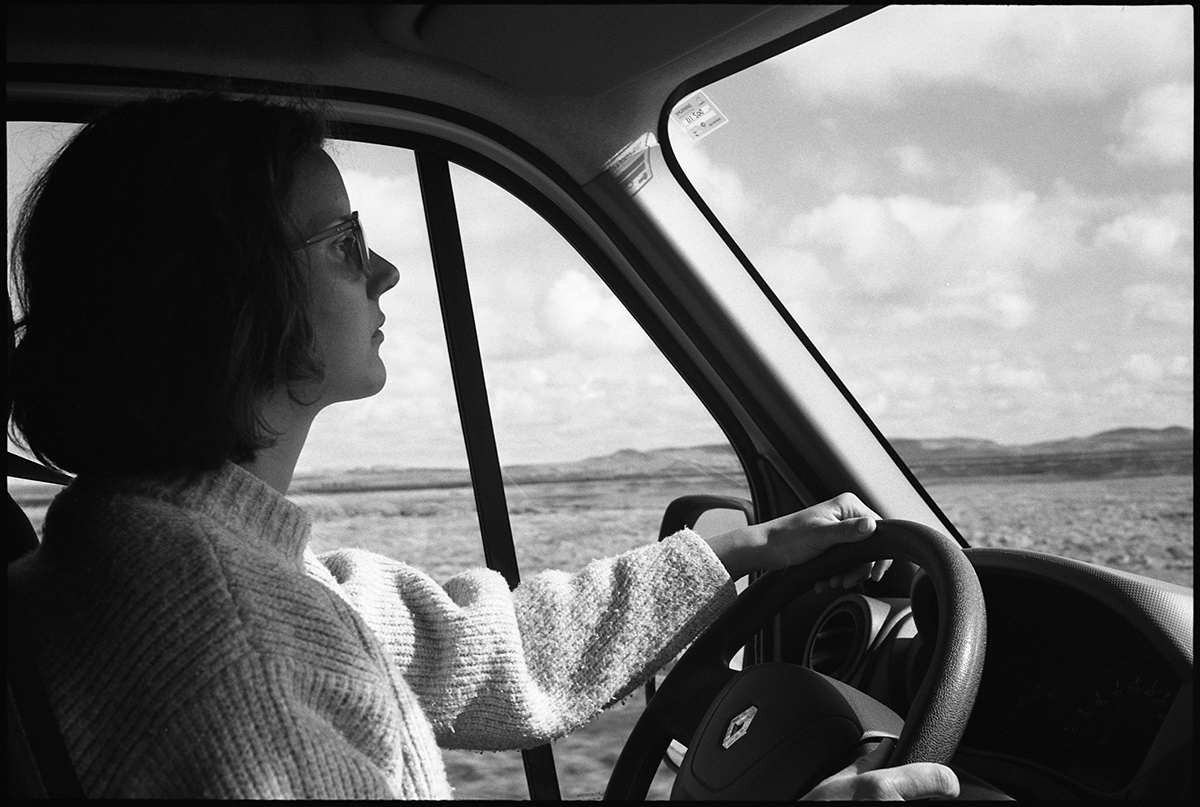 Five days to circle around Iceland meant a lot of driving. While we shared our time behind the wheel Oskar needed to be entartained in the back of the van. 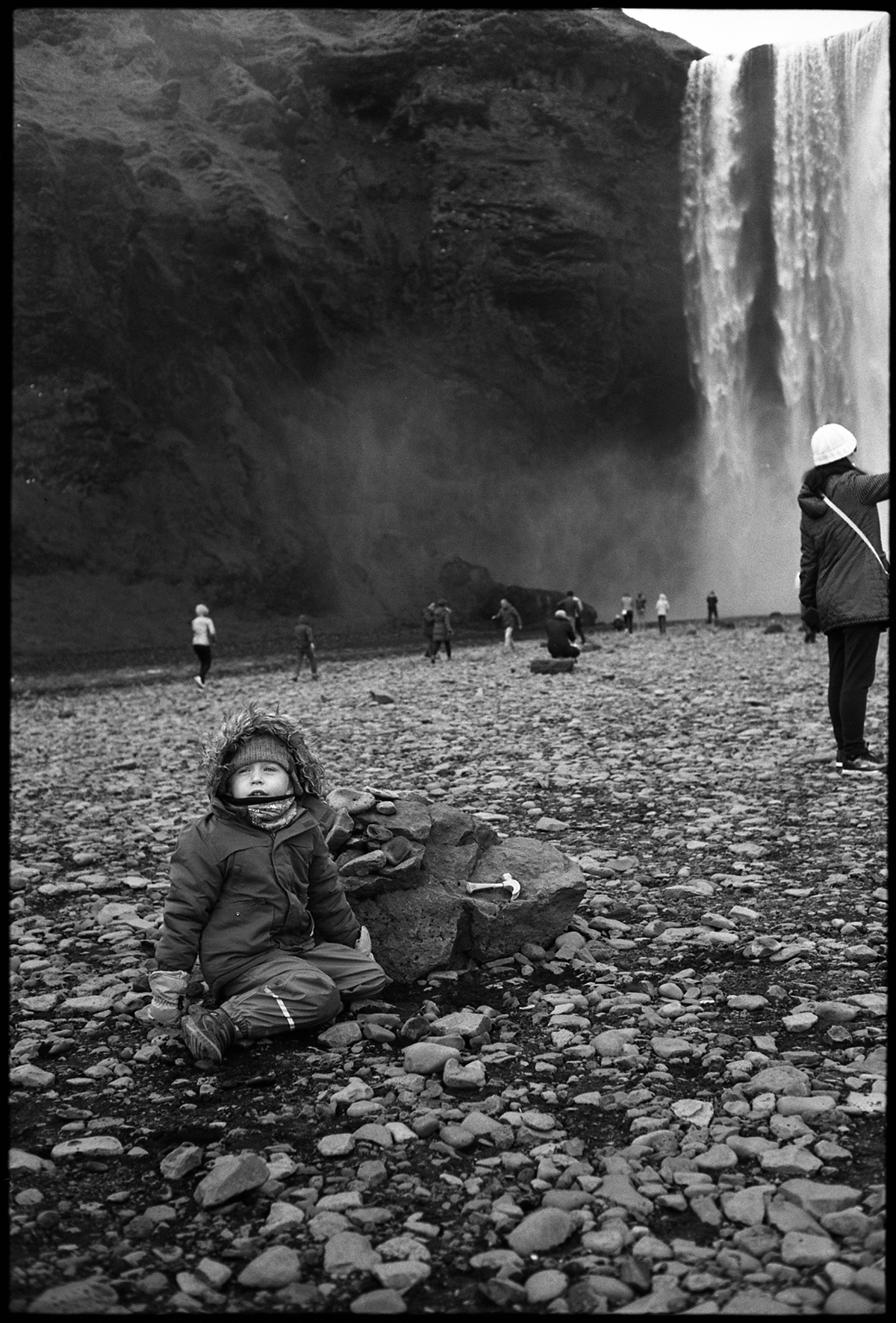 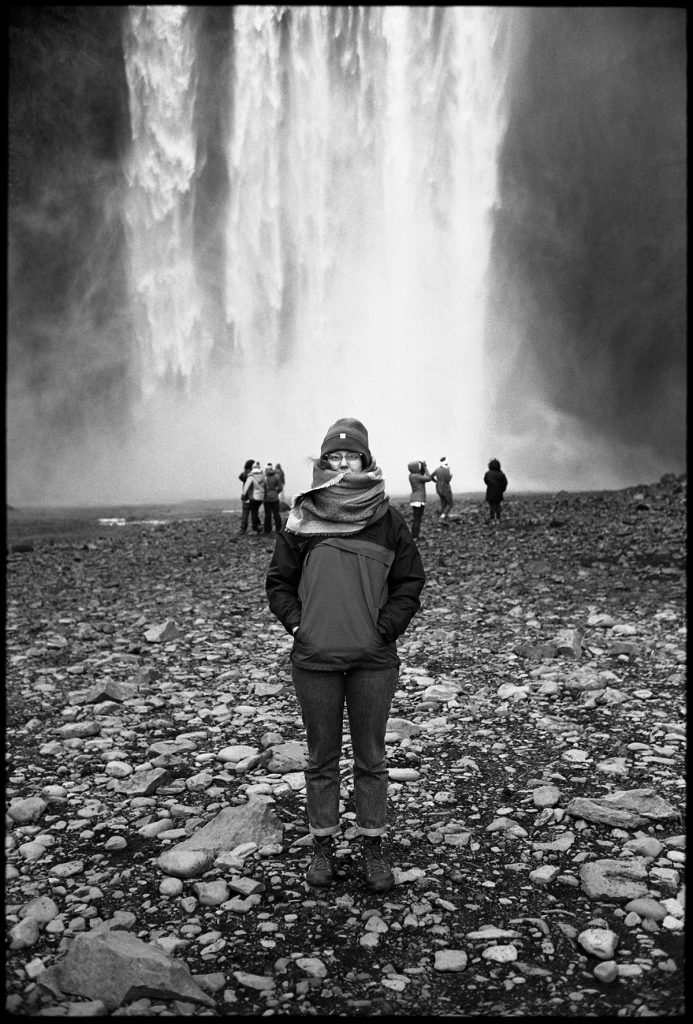 The only thing to play with for Oskar were the countless stones. We never had enough time to turn around each. 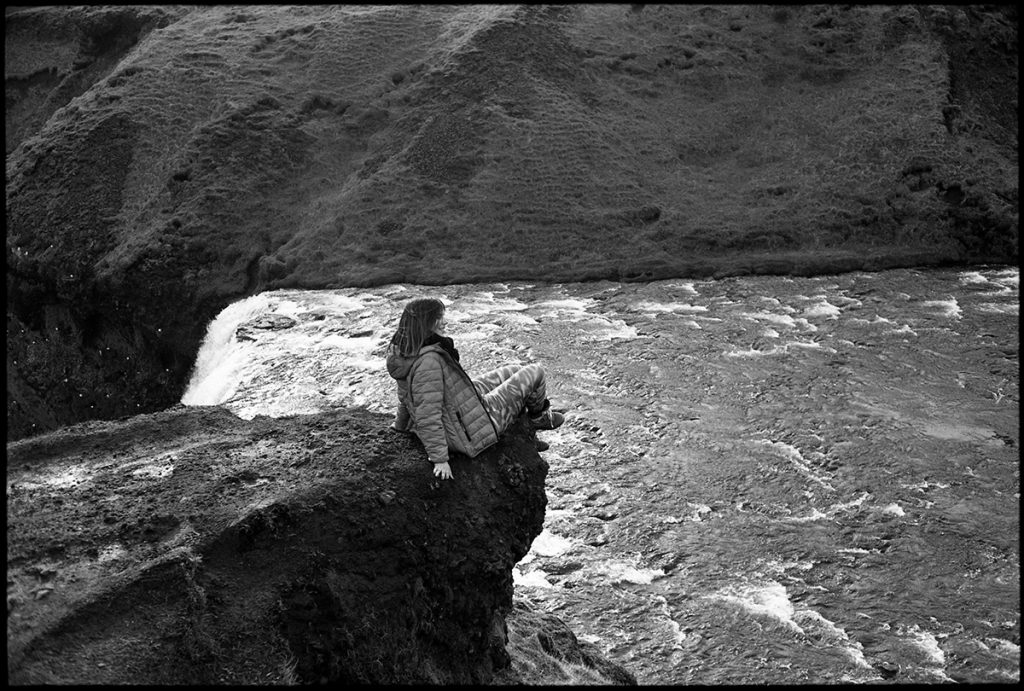 Great spot to take a picture. On top of the Skogafoss. 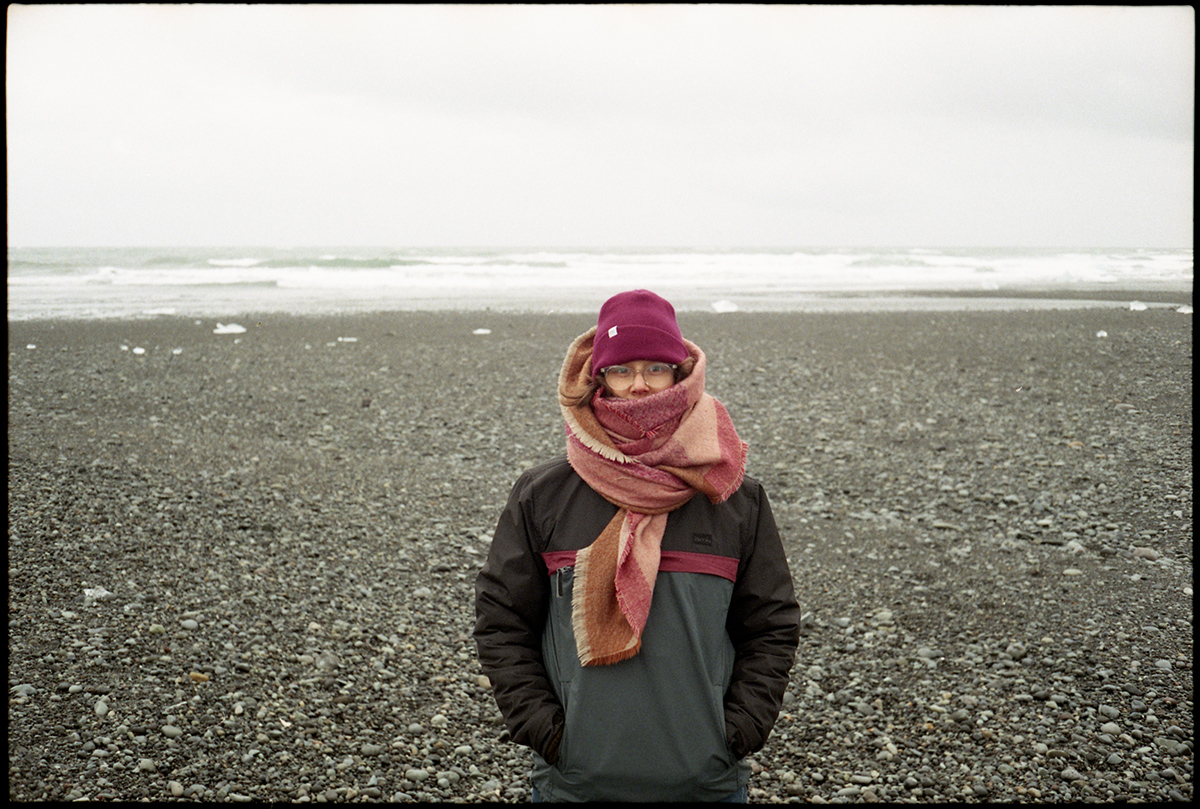 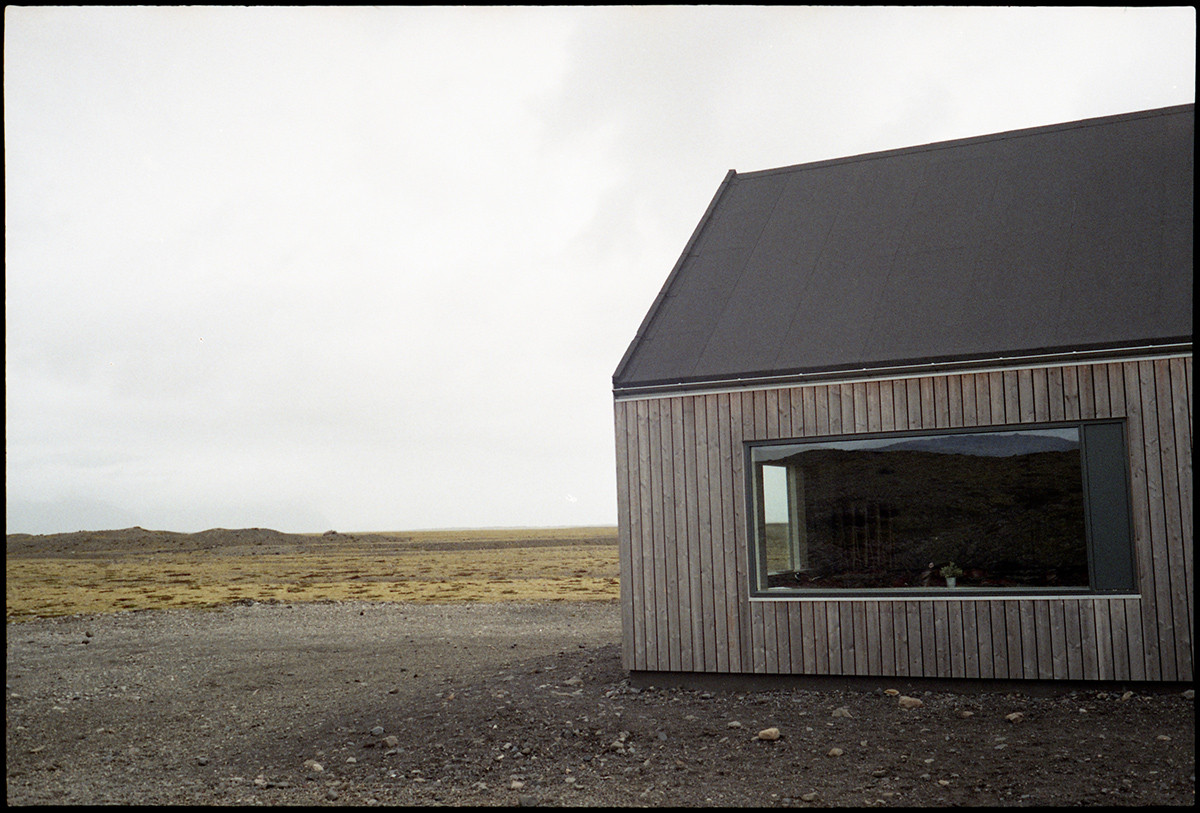 On our way to the east side of the island. The weather remained harsh. 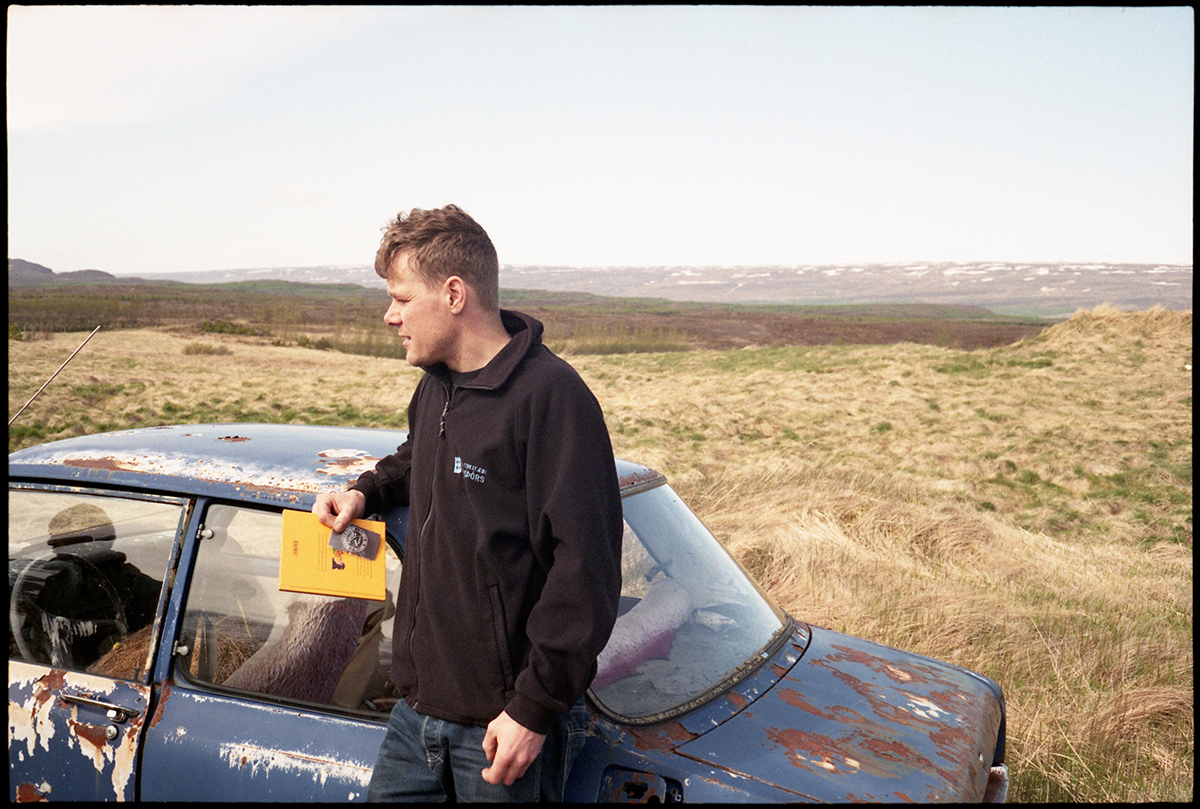 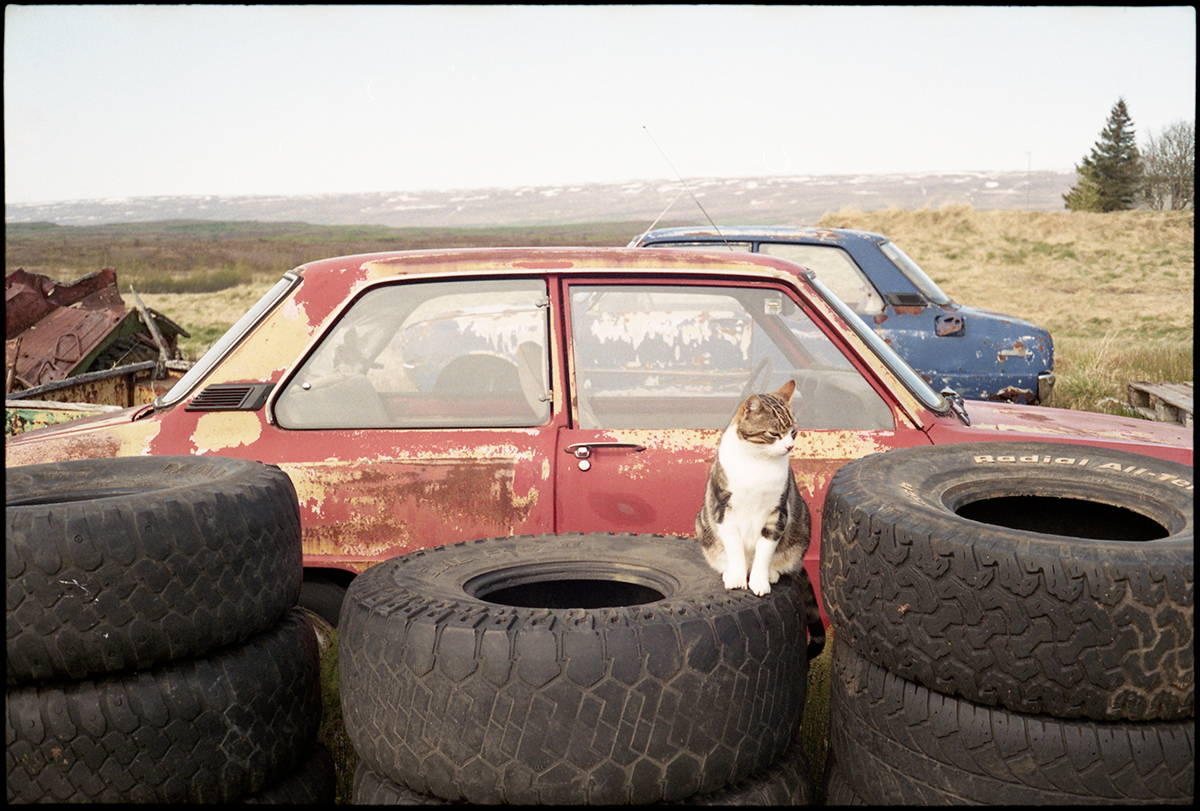 This is Micha and his cat on his property. 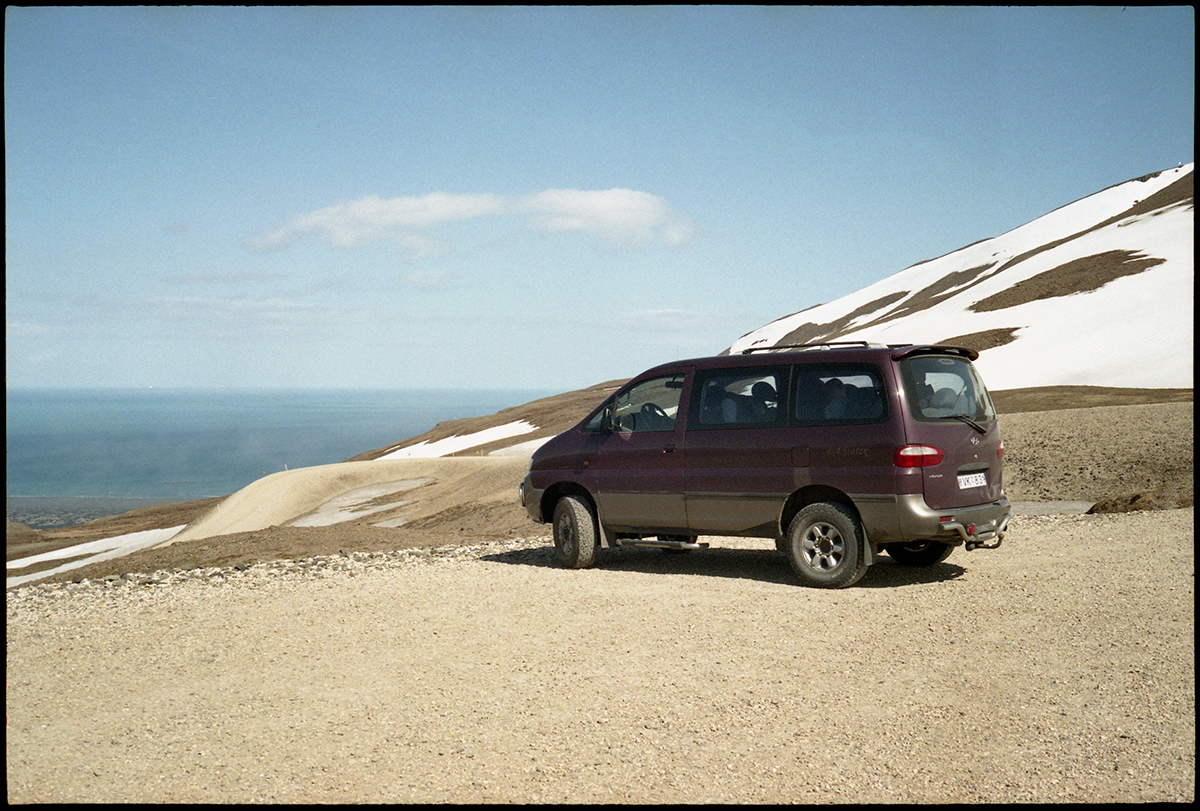 The sun came finally out and we took a ride in his 4 wheel drive to the coast. 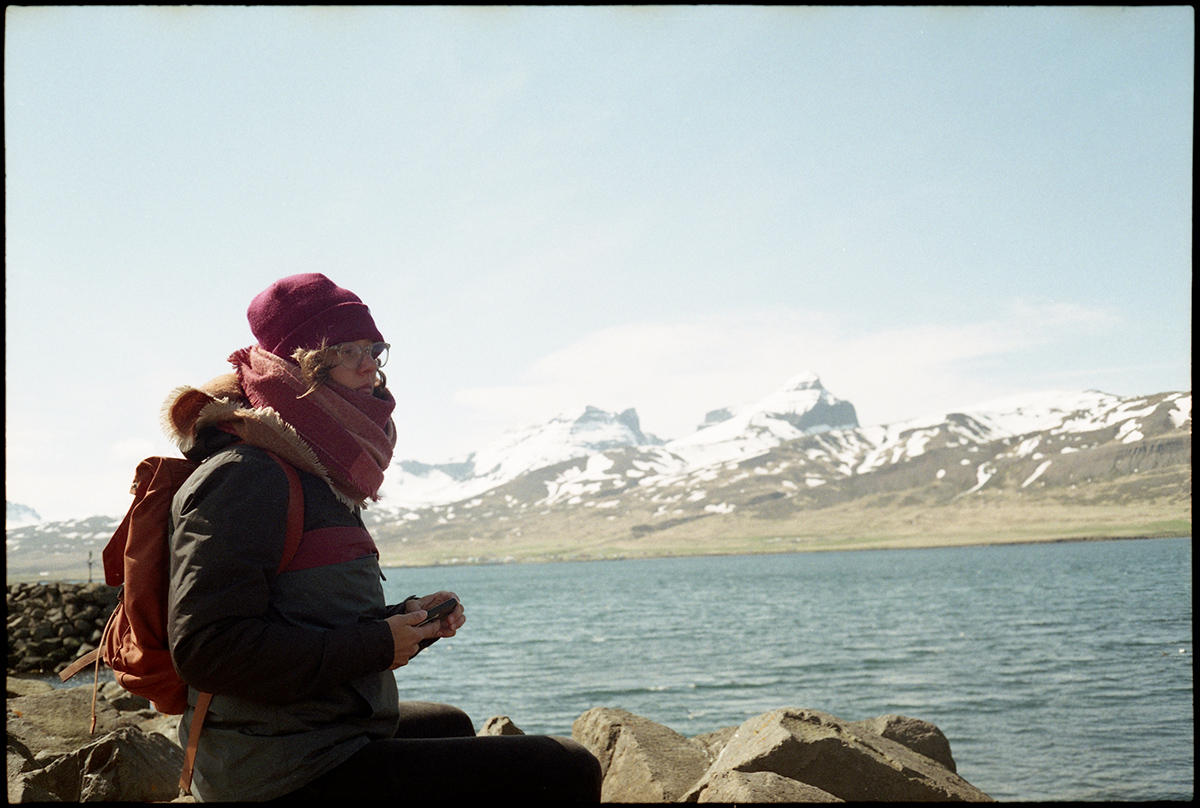 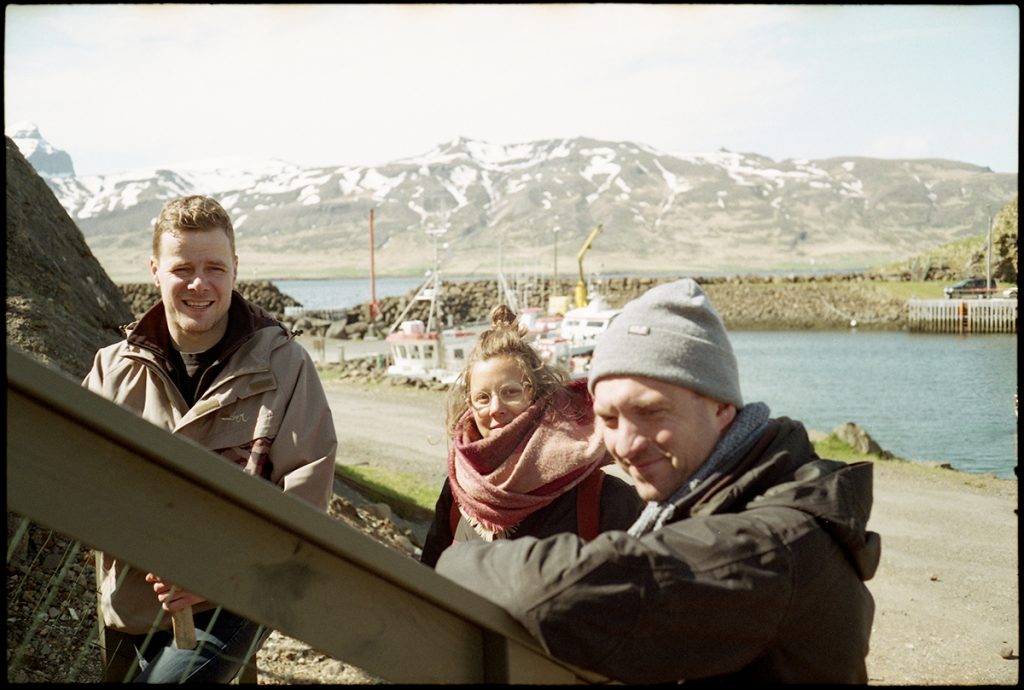 Belka and the two Michas. 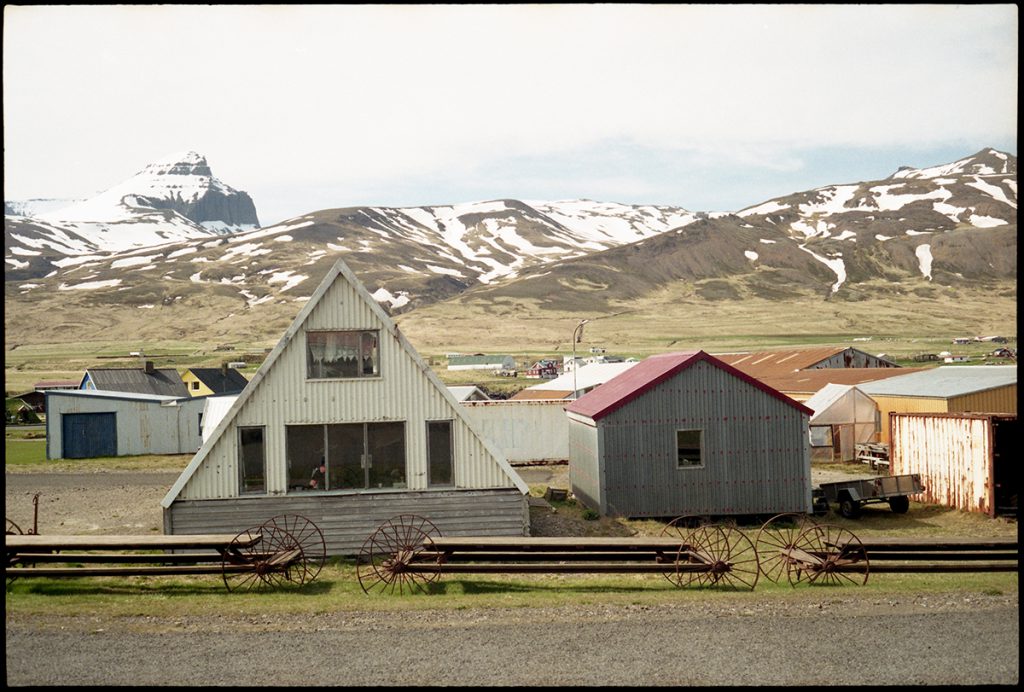 An icelandic town at the end of the world. 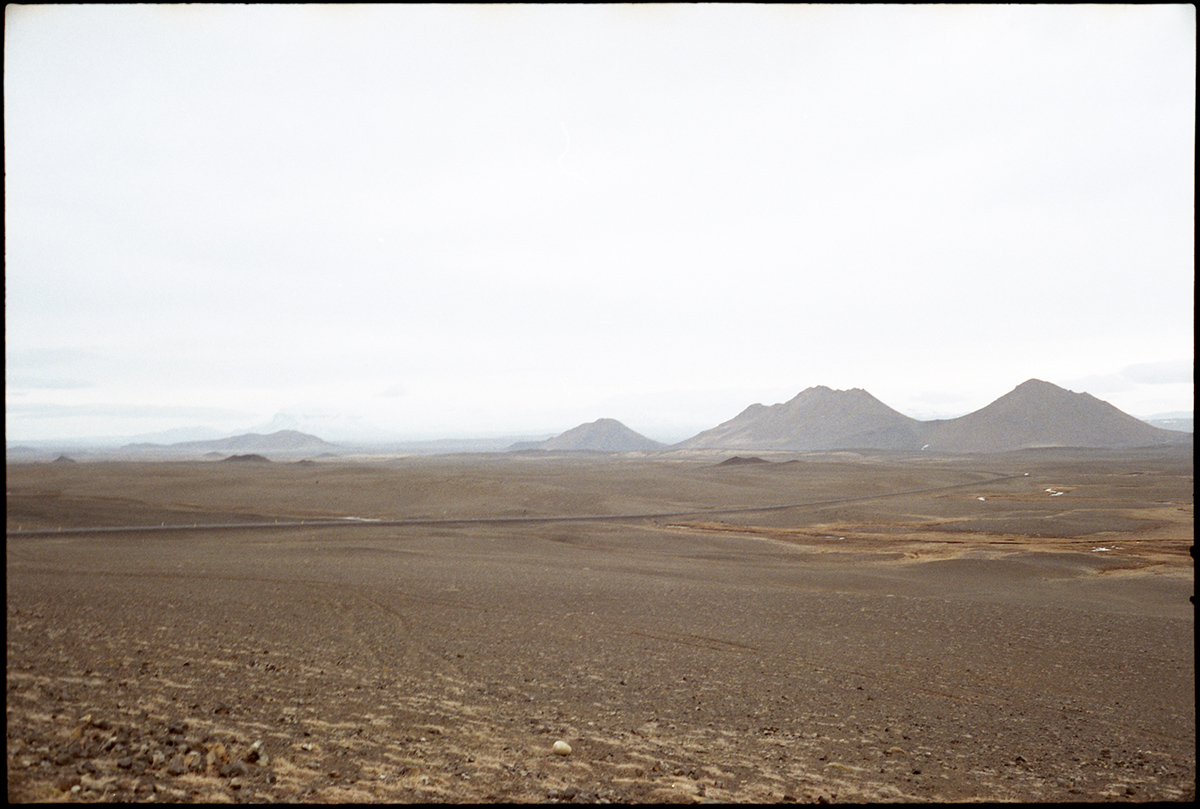 From Egilsstaðir back to the capital we decided to take the way through the moon. 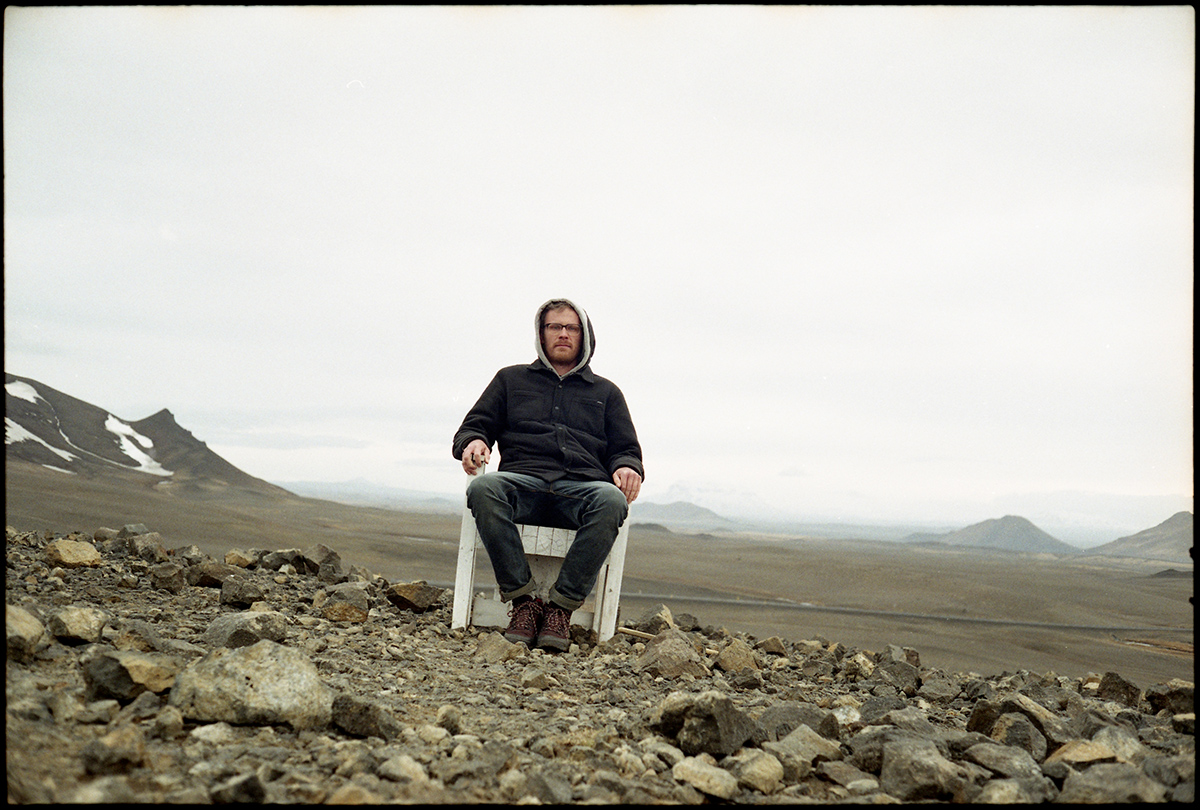 At this point we lost control over time because the sun does not really set in this time of the year. 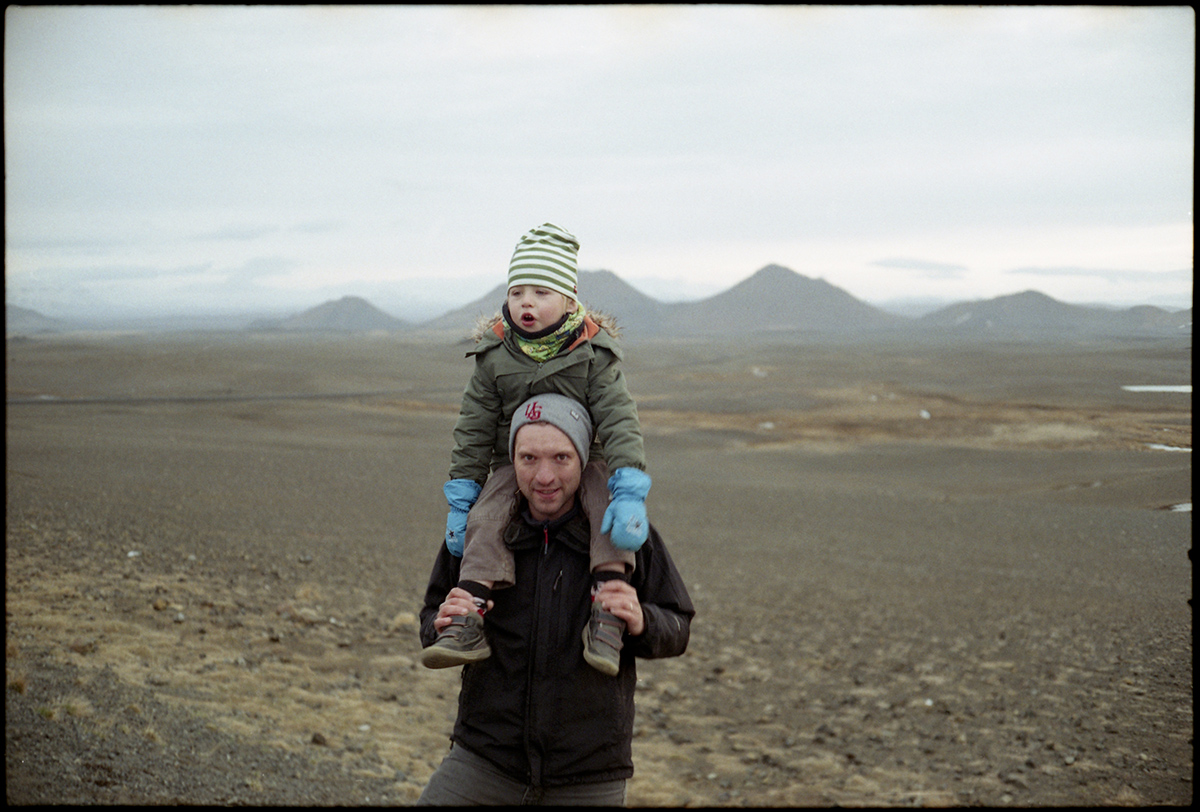 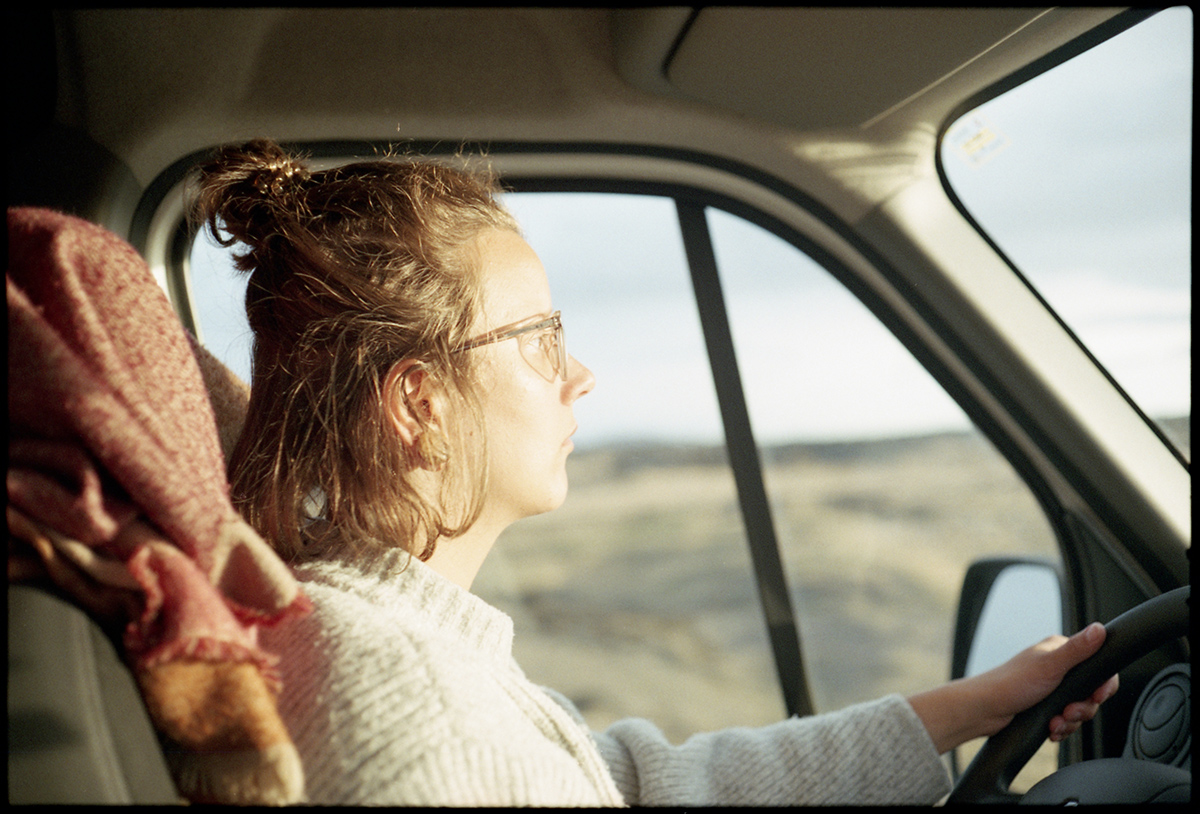 Short before midnight Belka needed her sunglasses while driving. 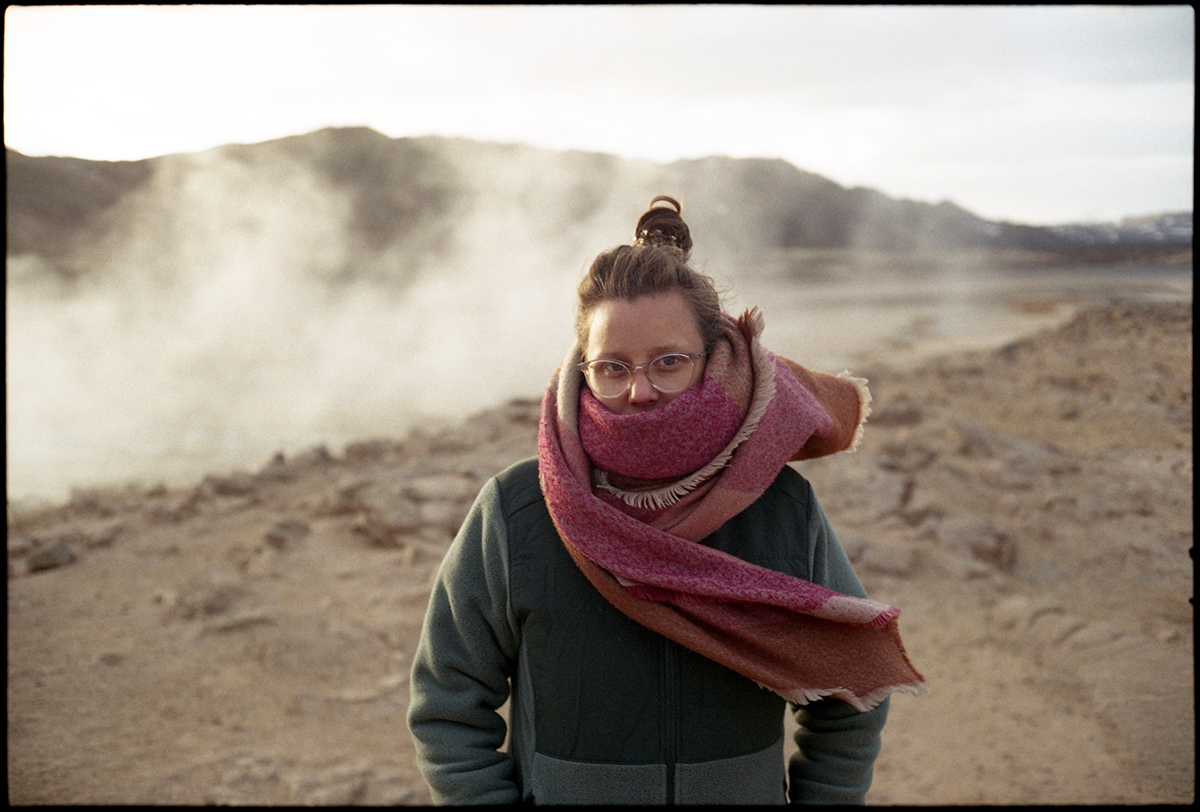 Midnight at another field of Geysirs. It was surreal.

To completely confuse this whole trip, Isa joined our crew for one night. Together we had a great time in the Blue Lagoon. Micha, Oskar and me left the next day. Belka stayed another 5 days with Isa.